Some time ago, a study was performed in Israel, reviewing the decision of eight parole judges who spent entire days reviewing applications for parole and reduced sentences. The study looked at the results from 1150 cases reviewed in random order and with an average of six minute attention in court. The outcome showed results that should be interesting for all those who are interested in decision making. The default outcome of each review was denial of parole or denial of the request to reduce the sentence. Only 35% of requests for parole or reduced sentence were approved. But the researchers found that the timing of different decisions was of great importance. In the immediate time after meals/breaks 65% of parole requests or requests for reduced sentence were granted! In the immediate time before the next meal/break, when the judges blood sugar started plummeting, the parole and reduction approvals dropped to 0%. In lay words; full judges were next to gullible while hungry judges didn’t let you off easy.

The presumed objective treatment in court turned out to be not so objective after all. The time of the day a hearing was set had a lot to say for the accused’s chances to be heard, giving those with a hearing early in the morning or just after lunch a significantly better chance of a positive result. Also worth noticing in this study is how the judges responded subconsiously to what must have been a very time pressured work situation. They had in average six minutes to review each case, which must have been very little time to process information, ask questions and reveal possible flaws in previous sentences. It should be safe to say that the work situation didn’t leave much room for rational, energy and time demanding processes. And what do we do when we don’t have the psychological surplus to make decisions consiously and rationally? We simplify, automate and seek default answers. The easier default decision ended up being to deny. As mentioned the average denial rate was 65%. As soon as the default response was established it would have been hard for the judges to change the statistics under the circumstances they had. As soon as the default response to deny was established, denial was established as the easier default decision for these tired, probably overworked judges were to keep denying. One study is always just one study, but I think many of us can recognise elements in it and may find similarities to our own work day; being close to objective is hard and rational decision requires both that we are sufficiently rested, sufficiently fed and have sufficient time available to complete our tasks. 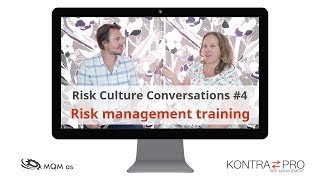